On-Air personality and Beauty Queen, Chinonso Ibinabo Opara, popularly known as @KimOprah is set to represent Nigeria, alongside other contestants from 90 countries across the globe, at the 47th edition of the Miss Intercontinental World Pageant taking place from the 7th to the 27th of January, 2019 at Prestigious Mall of Asia, Manila, Philippines. 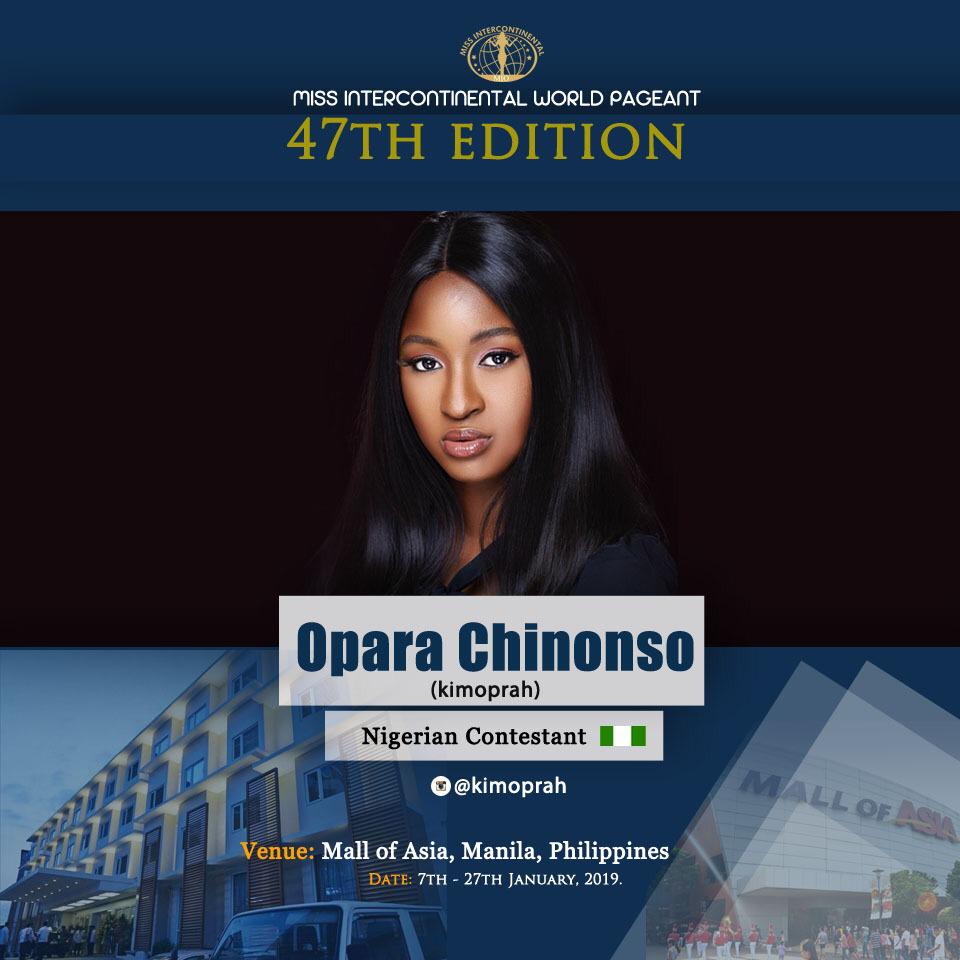 Chinonso was born in Lagos, Nigeria and holds a degree in psychology from the University of Port Harcourt in Rivers state.

According to her team, Chinonso has always loved beauty pageants and has partaken in four competitions both locally and internationally, representing Nigeria in Malaysia as Miss Tourism World in which she has come out as the first runner up in three of these and also as a Winner in one.

The 22-year-old Chinonso currently works for Spice TV as the host for Red Carpet special and All Access TV shows.

See her photos below. 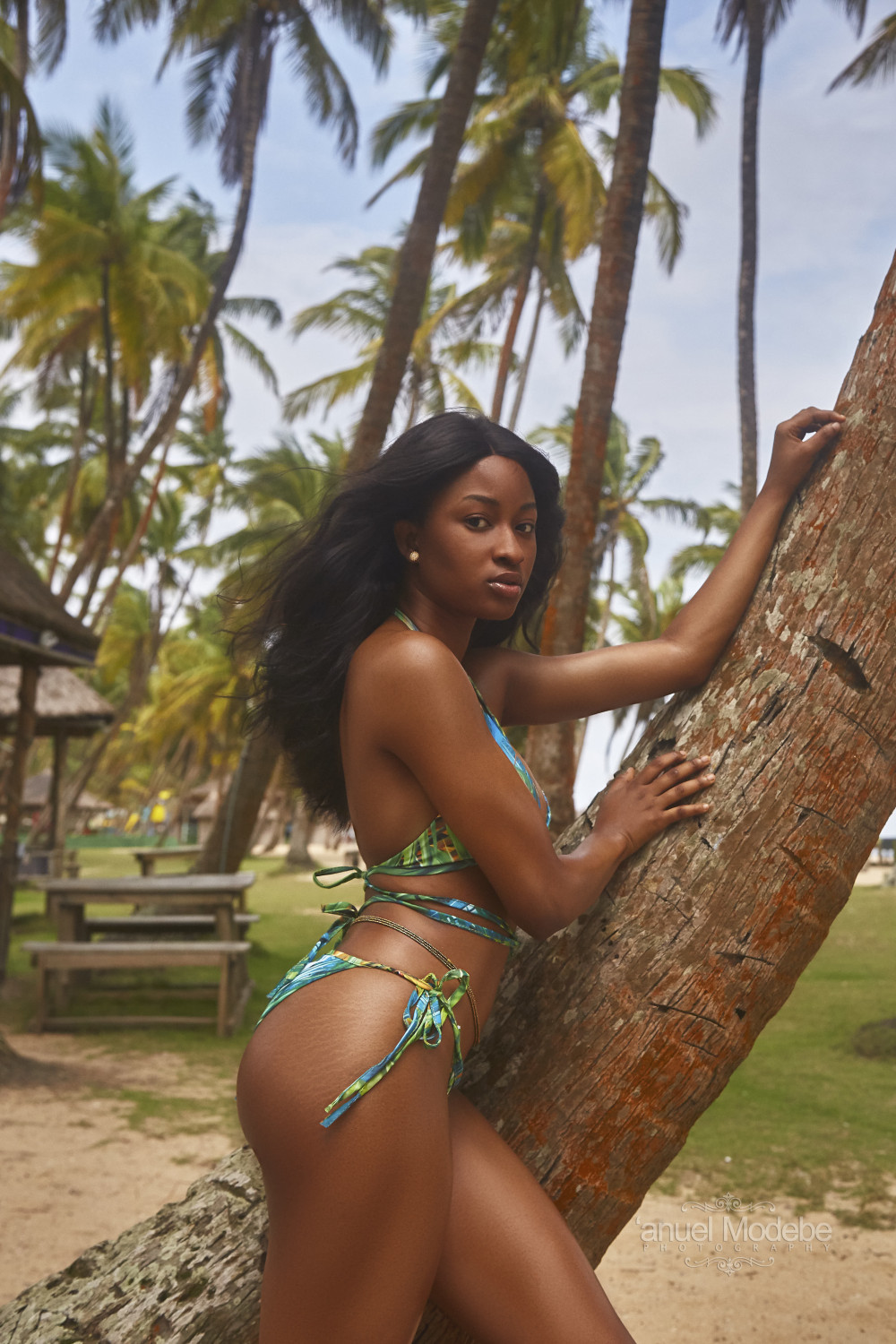 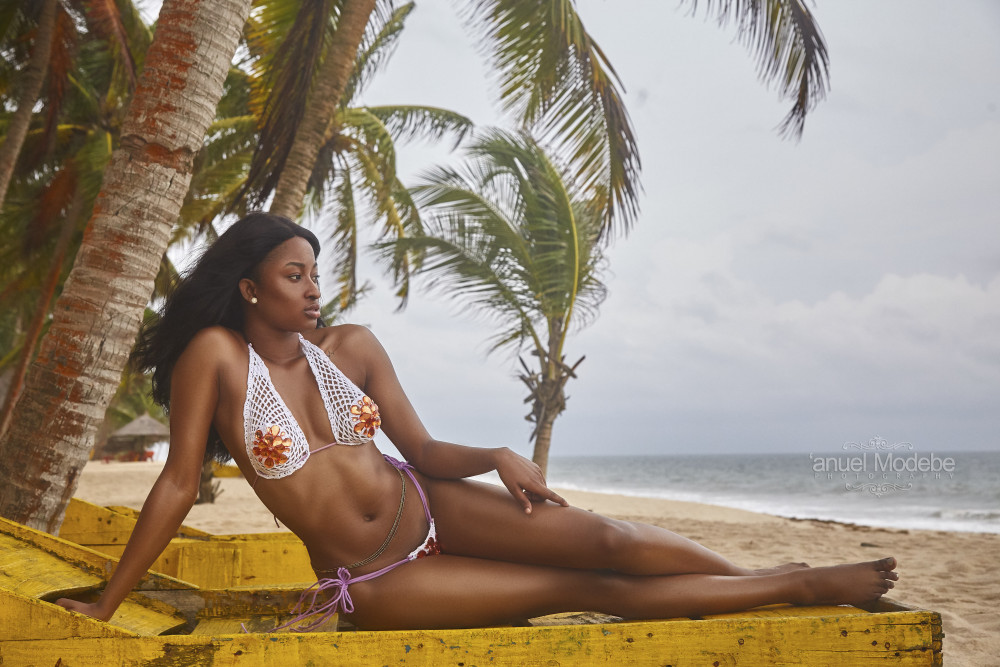 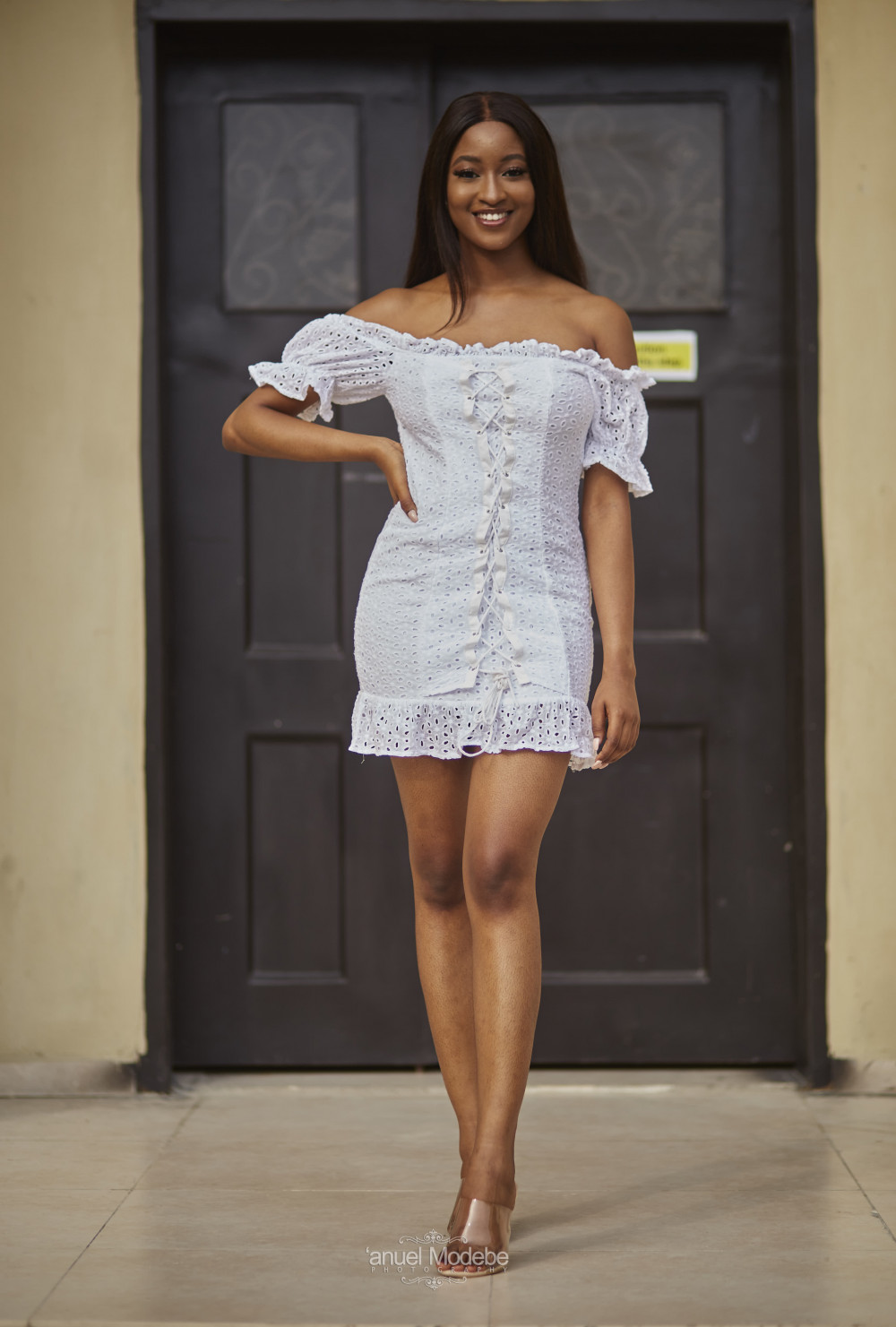 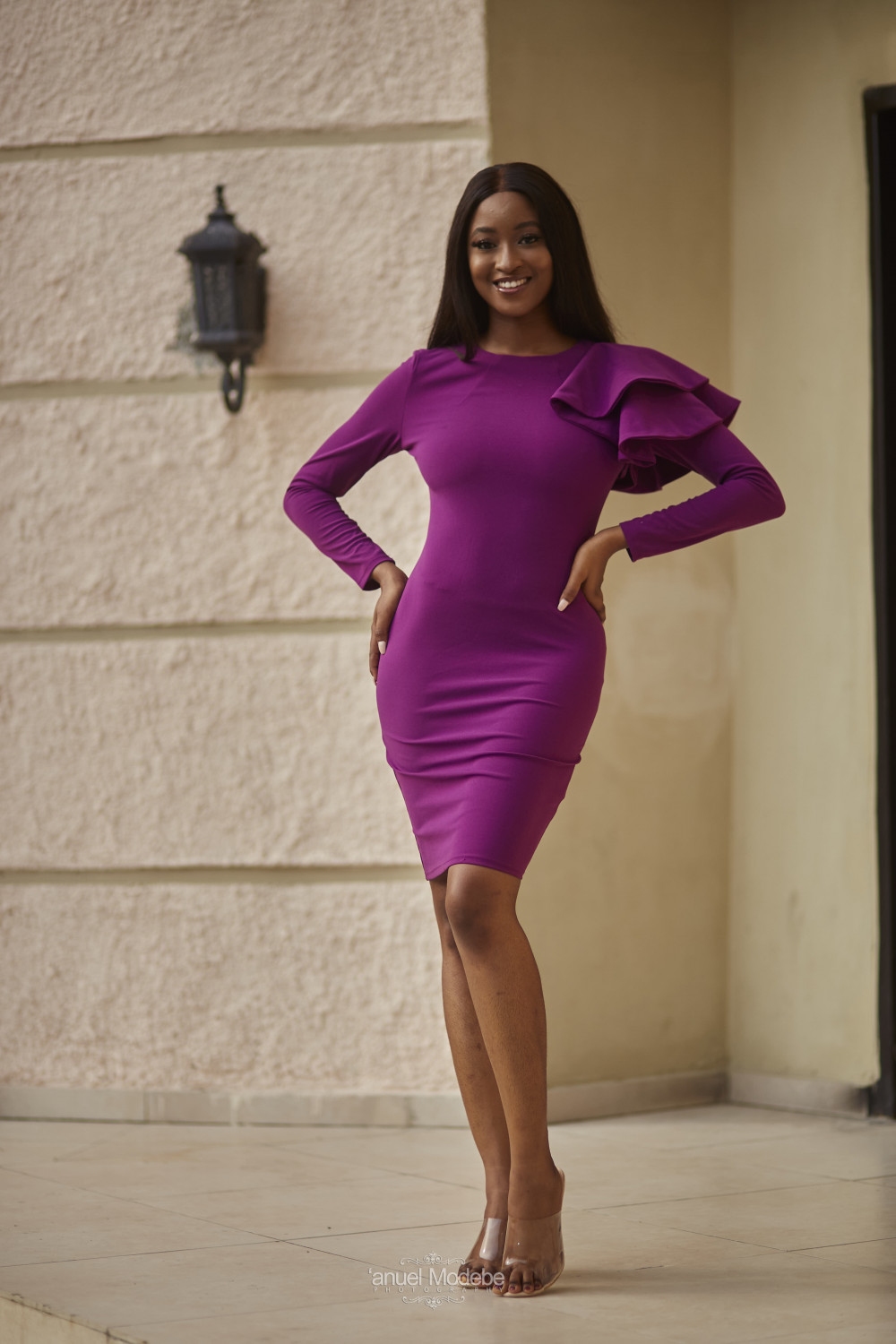 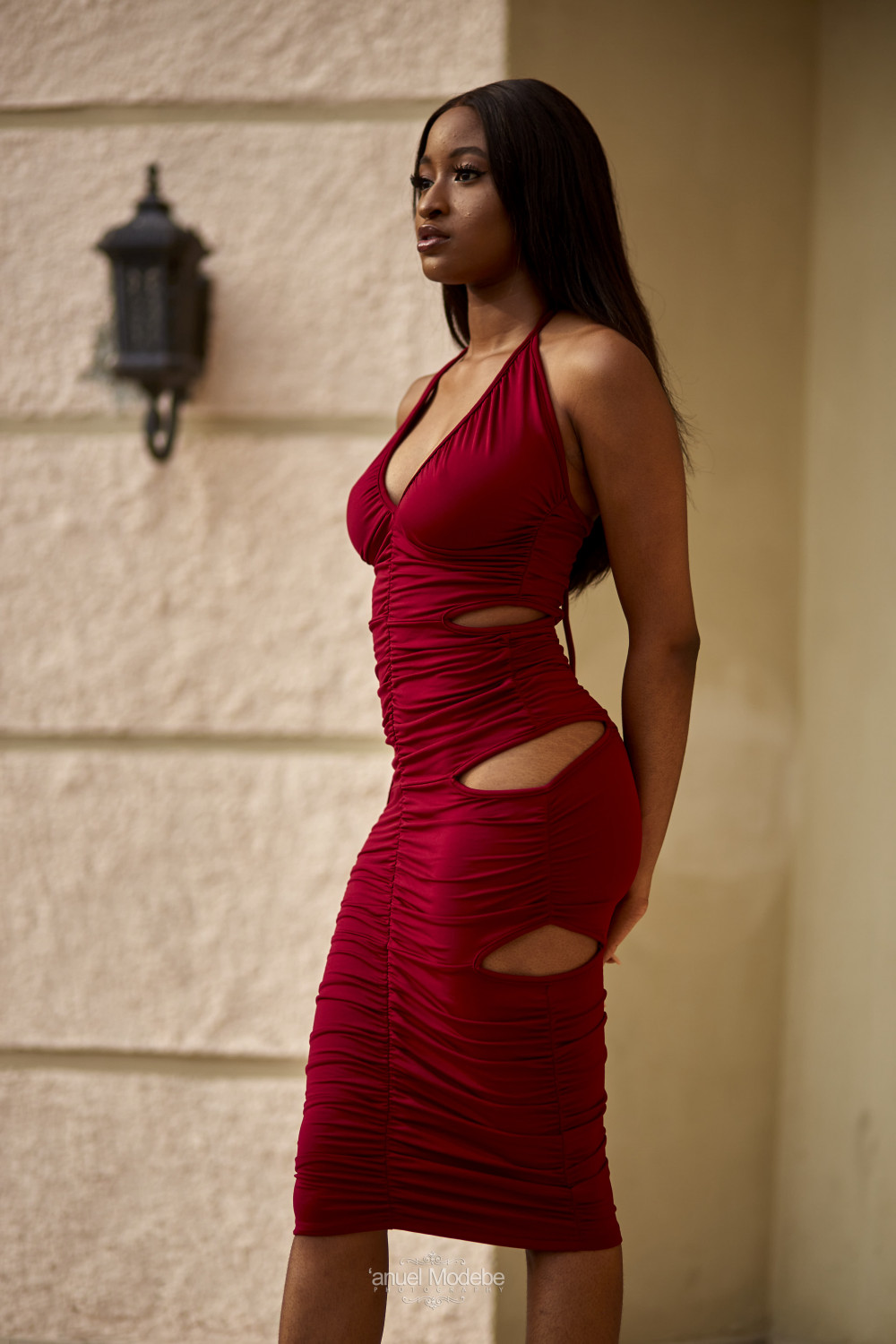 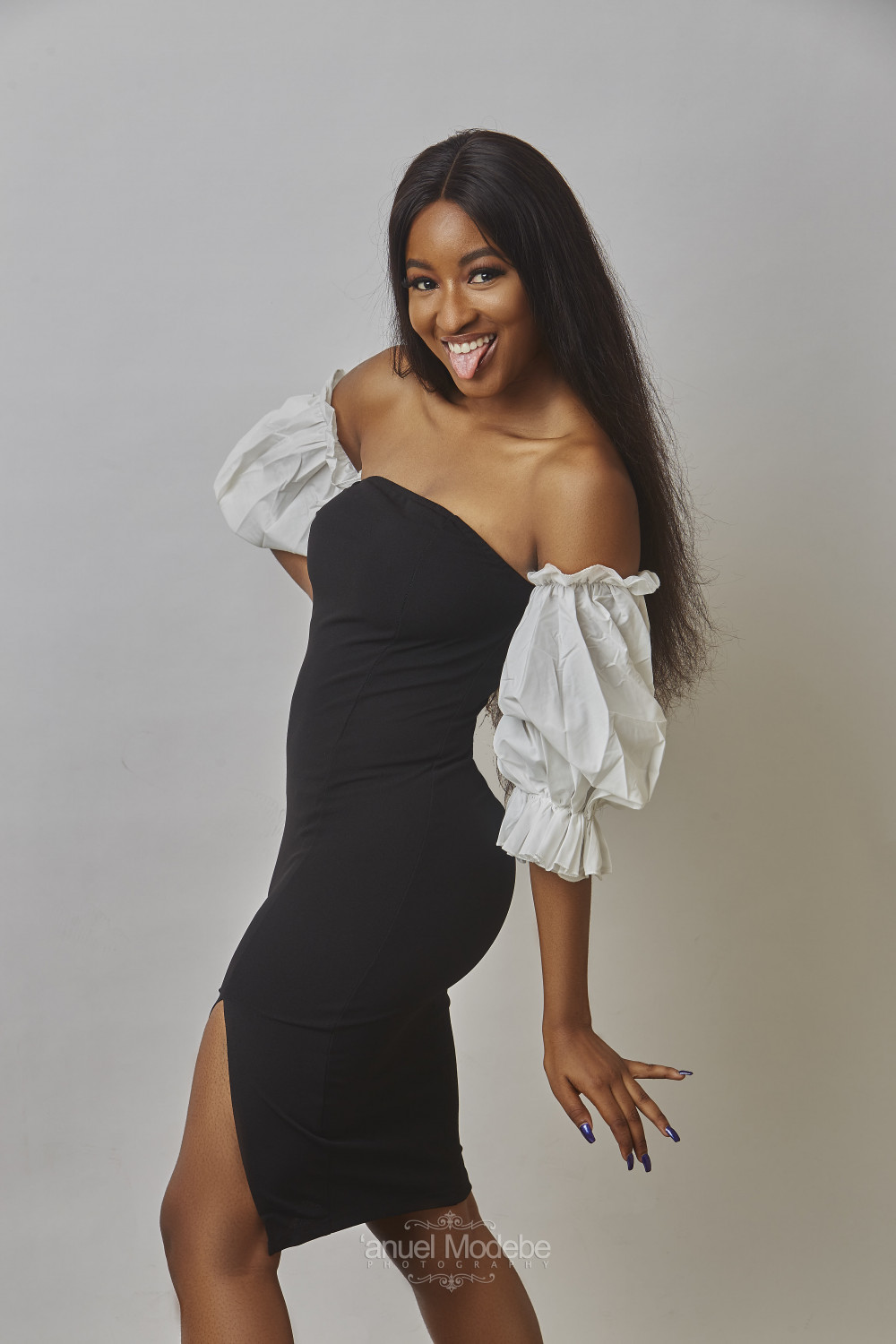 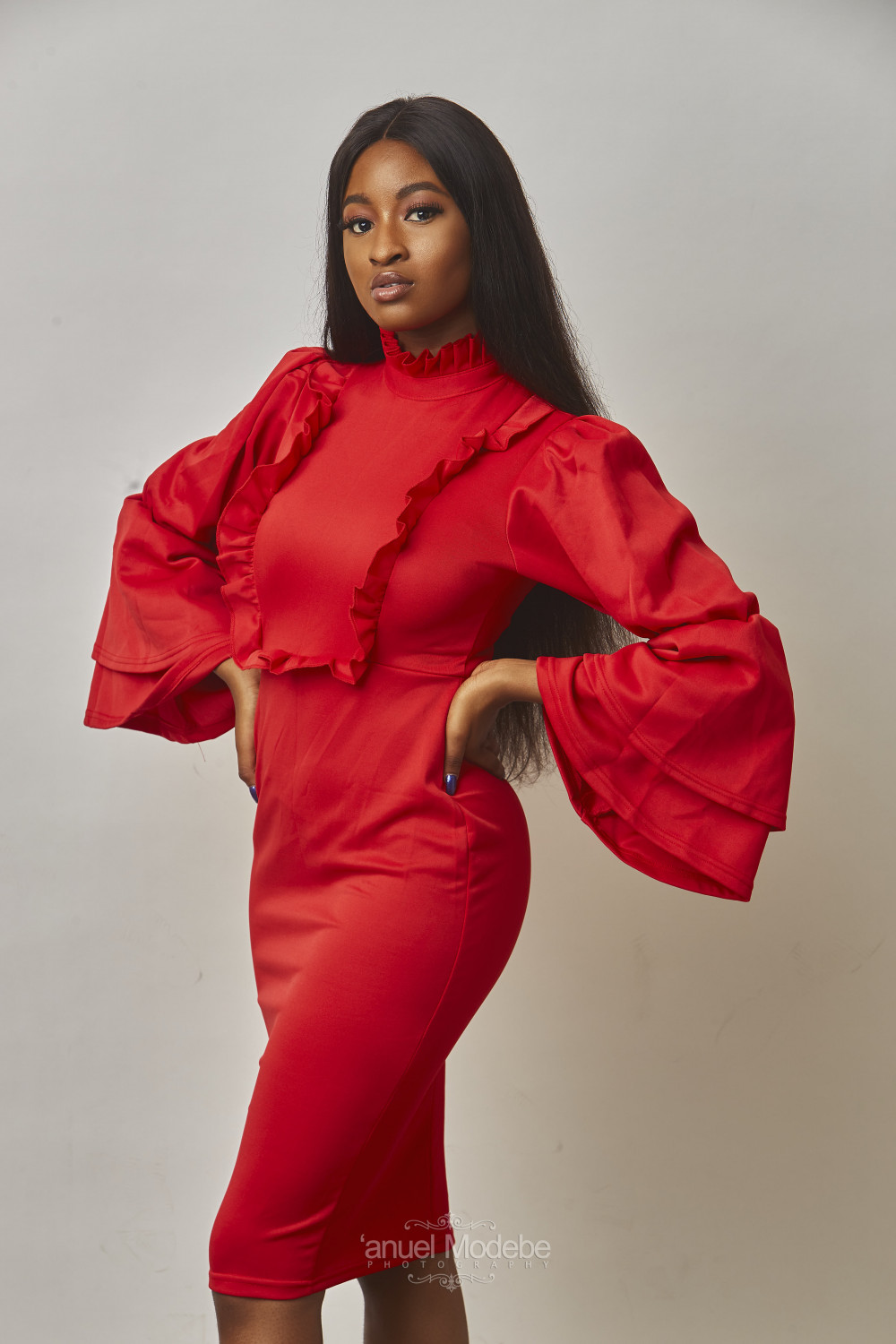 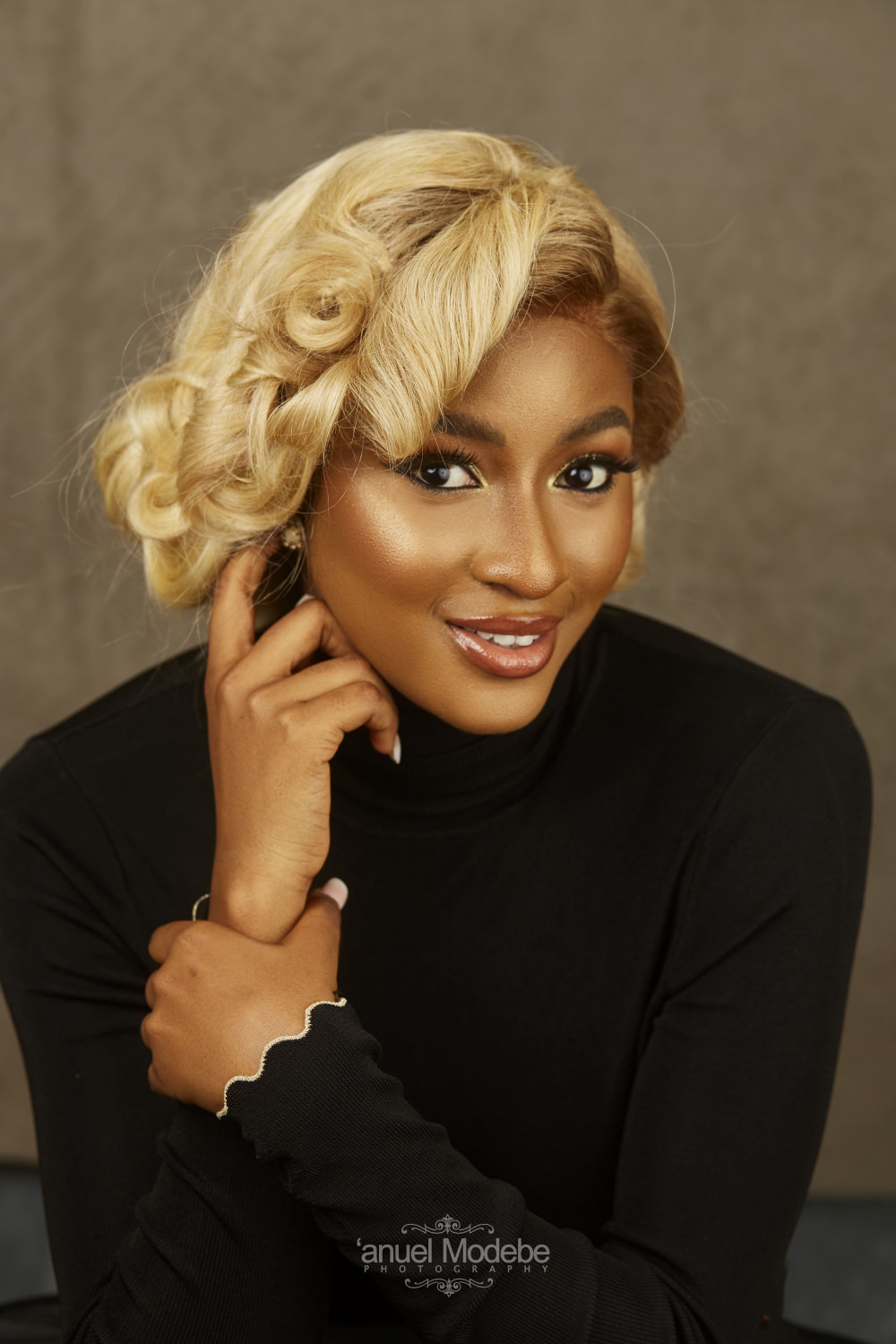 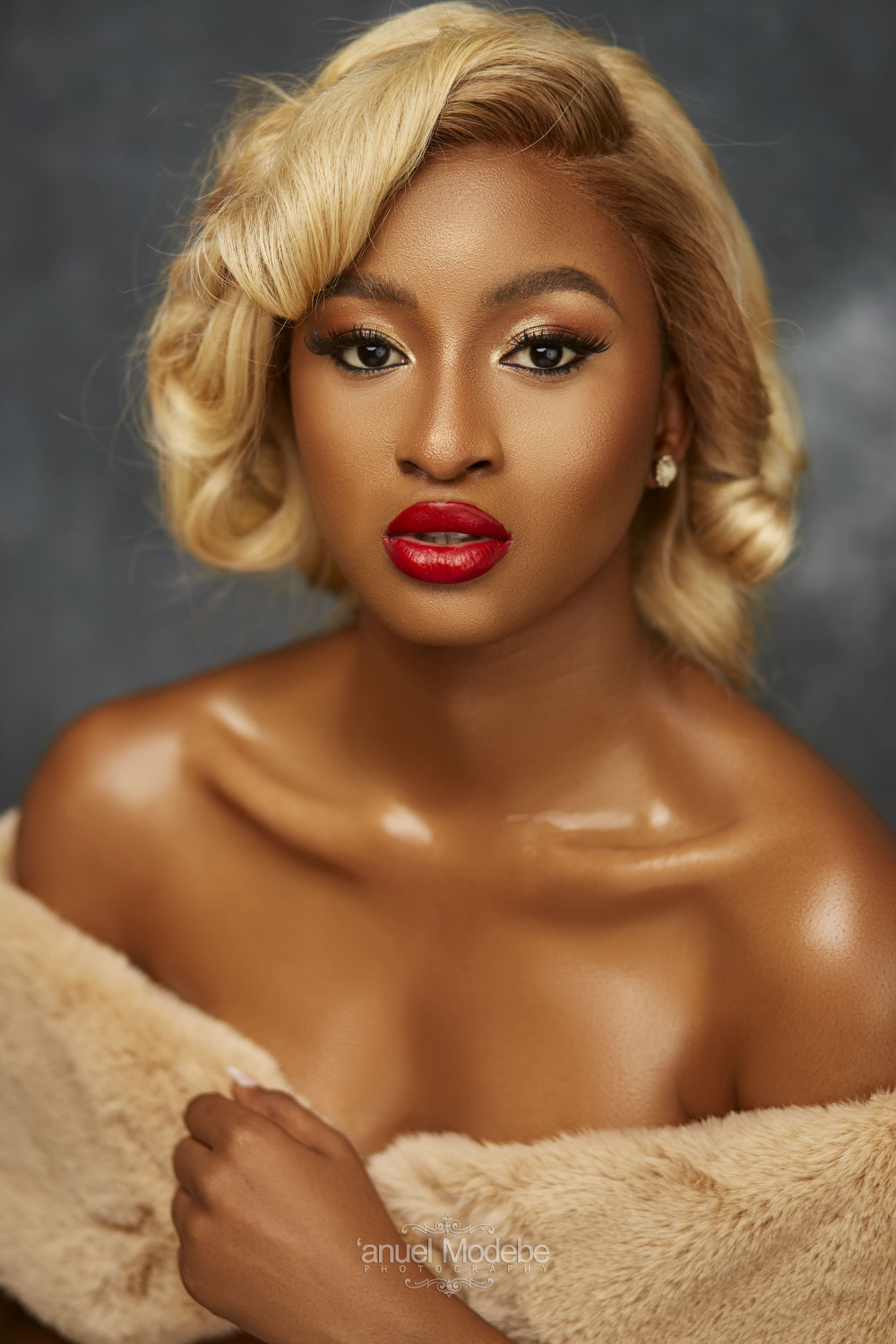 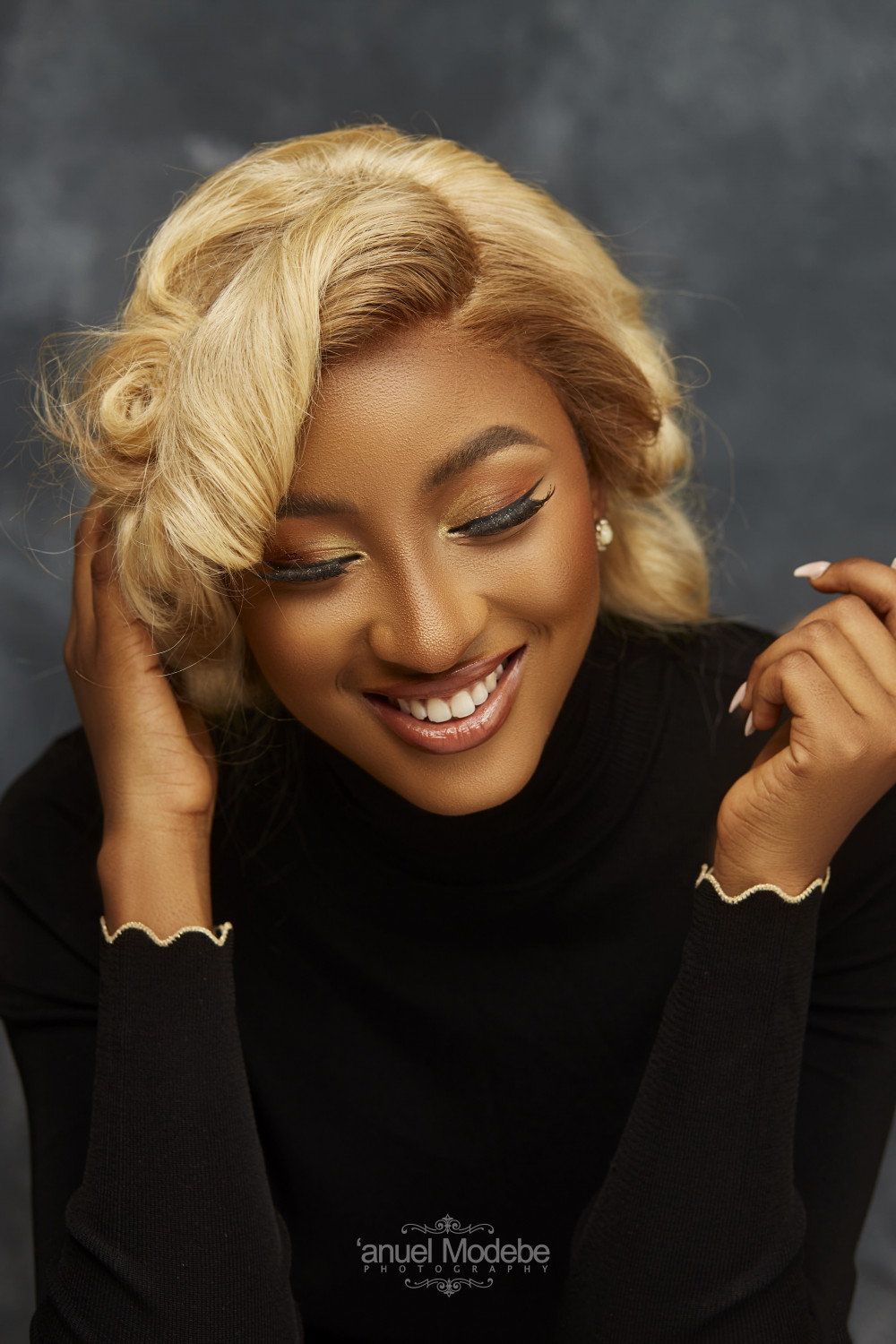 OAP Toolz Oniru-Demuren’s husband, Captain Tunde Demuren has revealed that Toolz sacrificed her job, business, and home just to make sure she had a safe delivery of their child.

The pilot made this known via his Instagram page on Monday, December 31, 2018, while thanking God for the safe arrival of their baby.

“Mark 11: 24 Therefore I tell you, whatever you ask for in prayer, believe it, and it will be yours. This time last year I prayed and asked for a healthy baby. God showed He is God. The I AM THAT I AM. Able God. THE ALPHA et OMEGA and blessed us in His time. My prayer is that this 2019, my God will answer all your prayers. Have faith. Work at it and believe. God will show Himself. Just remember to be thankful.

“I need to add, @toolzo did great… left her career, left her business, left her home to make sure the Child was good all thru. I Pray for all our support systems, family, friends, and everyone that remembered us for good, may My God meet you at your point of need and overwhelm you with blessings. In Jesus name. Happy New Year. May 2019 be the best year ever,” he wrote.

It would be recalled that the celebrity couple welcomed their first child a few days before the new year far away in the United Kingdom.

A funeral service was held at Harvesters International Christian Center located in Lekki which was attended by friends and family members of the deceased.

The service was kicked off by the choir of the church as they entertained the congregation with some melodious instrumentals. It was followed by the opening prayers by Pastor Taiwo Bolodeoku of JoshVille. A number of celebrities where present at the funeral service including, Ali Baba, Banky W, Ebuka, MI Abaga, Kemi Lala Akintoju, Toke Makinwa and a host of others.

The first reading was taken by Tosyn Bucknor’s husband, Aurélien Boyer who read from 1st Thessalonian 4:13-18which was followed by a tribute by him. He went on to eulogise his late wife and spoke about her death has made him have a second thought about taking his religious life seriously.

The second reading was taken by Funke Bucknor, sister of the deceased which was taken from 1st Corinthians 15:35-50. After the reading, Funke paid an emotional tribute to her late sister.

The service was anchored by the Pastor of Harvesters International Christian Center, Bolaji Idowu who went on to deliver a sermon where he said Tosyn Bucknor had moved on to eternity and is in a good place.

After the sermon, the pastor brought other visiting pastors including Pastor Ituah Ighodaro of Trinity House, Pastor Godman Akinlabi of Elevation Church and a host of others to pray for the family of the late Tosyn Bucknor.

A private internment followed immediately after the service.

Every viewer of the popular drama series, ‘Jenifa’s Diary’ knows her as Adaku. But she is a trained lawyer, who veered into broadcast media and now an On Air Personality whose name is Omotunde Adebowale David. Also called aka Lolo 1, she opens up on her status as a single mother in this interview.

On What Excite her

I love it when I see my dreams coming to pass. It could be so exciting when things take shape; it is such a sweet feeling.

I tell people ‘don’t look at online people, they are children; just ignore them.’  What I just do is look and move on. If it bothers me so much I delete you and block you because the more you answer the more you are misunderstood. The truth is that some people out there are just crying out for attention. You don’t need to focus on them.

Coping as a single mum of one

I am not divorced yet I am still in the process. We are in court already and it will be done in a few months. Being a single mom is one of the most challenging things I have ever faced and I am writing a book because a lot of people demonize single moms. There is no rule book that tells you this is how you should go about it, you learn as you grow older. You face a lot of challenges. What I do is focus on the important which is the up-bringing of my children. In my case, my kids’ father and I talk; we have a good relationship. But the only thing is that we don’t live in the same house and the kids relate well with both parents.

I would love to be married again. I won’t tell you if I am waiting for it to come. I am just asking God to help me get through this. However, if I meet someone I consider good enough, that would understand me; of course, I will be willing to try again because marriage is a great institution.

Toke Makinwa was recently in Ghana to promote her book “On Becoming” and she had a chat with MyJoyOnline TV’s presenter as she talked about the need to write a book, helping other vulnerable women with her book, the fact that she was still promoting the book even with a pending lawsuit and more.

The media personality also talked about possibly writing other books, the difficulties of dating again and much more.

Bolatito ‘Tito’ Bez-Idakula’s story is a perfect example of turning a mess into a message, a test into a testimony. Tito got married in 2014 to her musician husband, Bez Idakula.

In  July 2015, they lost their daughter after a full-term pregnancy.

After the tragic loss, she launched her website MyLightHouse.com.ng to help spread the message of God’s love through a tragic loss. The website says it is aimed at “Providing Women With A Place Of Refuge And Light When The Storms And Darkness Of The World Become Overwhelming.”

As if that was not enough, on September 7th of the same year, she suffered a miscarriage after 10 weeks of pregnancy.

That was enough to break anyone down, but not Tito, she picked herself up and continued to run the ‘MyLightHouse’ platform, sharing messages of faith, hope, and love of God.

Fast-forward to July 2016, the family welcomed their bundle of Joy.

Tito continues to be such a major inspiration. Her and her husband’s story of hope and faith after loss and also Tito’s website has impacted many since it launched last year.

Here are some few facts about Tito :

OAP Uwanma in her latest vlog shares with us 5 mistakes women make in relationships.

“Sometimes, when a relationship gets screwed up, it’s the fault of us ladies. We have all been guilty of incessant nagging, unrealistic expectations, bad cooking and even worse sex skills. But there are less obvious mistakes we make that send our men running for the hills! Most times, not deliberately, but sometimes we intentionally sabotage true love. This is not to say men don’t and can’t screw up; they do. But today, we are focusing on the 5 mistakes women make that end their relationships, and usually on a disappointing and sour note! Save a relationship”