A mother will do anything for her children, no matter how old they get. A 98-year-old mom went viral. But why? She decided to move into the same nursing home her son was in so she could look after him.

Ada Keating is the amazing woman who wanted nothing more than to be by her son’s side when she needed him the most. Even in her old age, this mom knows best, and it seems that both mom and son are thankful for the companionship in the picture below.

Tom Keating, Ada’s son, became a resident at Moss View care home in Huyton, Liverpool, back in 2016 since he needed more care than he could receive at home. The following year, his mother Ada decided she couldn’t bear being without him. Therefore, she moved into the same nursing home to be with him. Mom and son are so thankful they get to spend so much time together, and they enjoy watching TV and playing games to pass the time.

Ada and Tom were born in Wavertree, Liverpool, and have always been close. That’s because Tom has lived with his mother for all his adult life, never having been married. Ada said they have a routine in place so he knows what to expect. “I say goodnight to Tom in his room every night and I’ll go and say good morning to him,” she said. “I’ll tell him I’m coming down for breakfast.”

Ada says that they still have a deep bond even in their older age. “When I go out to the hairdressers he’ll look for me to see when I’m coming back,” she said. “When I get back he’ll come to me with his arms outstretched and give me a big hug. You never stop being a mum.” Tom added, “They’re very good here and I’m happy to see my mum more now she lives here. Sometimes she’ll say ‘behave yourself.’ She’s very good at looking after me.” 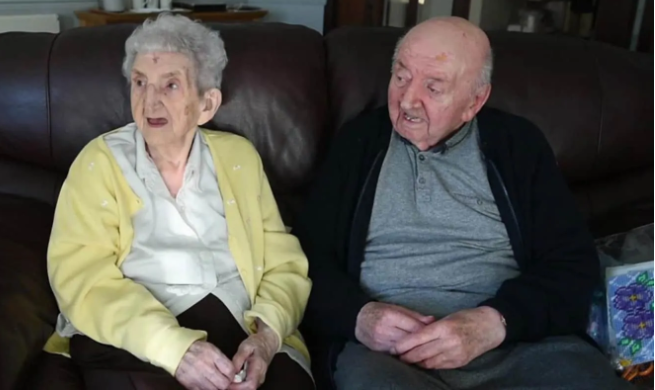 Tom is the oldest of four children; he had three sisters, Barbara, Margi, and Janet who passed away at 13. Tom worked as a painter and decorator before his retirement. Ada worked as a nurse at Mill Road Hospital before she retired. Their family members visit them often at home and are happy to see the two back together again. Some days, up to five generations of the Keating family come visiting!

Debi Higham, Ada’s granddaughter, comes to visit the two often. She said, “There’s no parting them. It’s reassuring for us that they’re both getting looked after 24/7.” 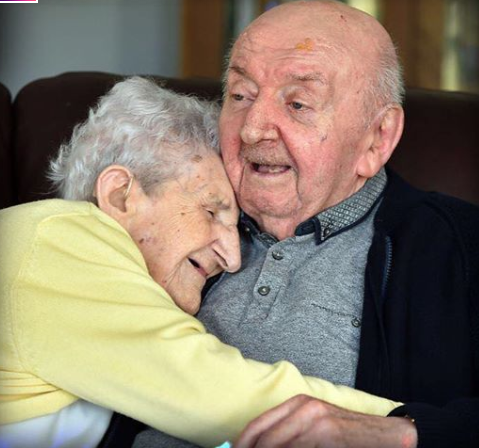 BELOVED BY THE NURSING HOME STAFF

The manager at the nursing home, Philip Daniels, said he’s happy the pair can be together at his facility.

“It’s very touching to see the close relationship both Tom and Ada share and we are so pleased we were able to accommodate both of their needs,” he revealed.

He added, “It’s very rare to see mothers and their children together in the same care home and we certainly want to make their time together as special as possible. They are inseparable.”

Isn’t this such a heartwarming story of a Mom and son’s unbreakable bond? If it touched your heart, please share with your friends and family!

Two-Time Cancer Survivor Marries For The First Time At 73