Nigeria-based guest artist, Haneefah Adam made the beautiful live-action doodle of jollof rice,  The beautiful part of the doodle is the way it ended.  They showed the different side dishes like plantain and chicken you can eat jollof rice with.

The beautiful soundtrack featured in the doodle is by Senegalese Jazz musician, Herve Samb. It is safe to say Google created a balance of Jollof  rice origin and the country where it is eaten the most.

Describing the doodle, Google writes that, “on this day each year, rice farmers plant and reap a bountiful harvest, and cooks across West Africa prepare to make fresh Jollof. Also known as benachin and thieboudienne’

They also elucidated the origin of jollof rice. It is believed to have first been prepared by the Wolof tribe in the 14th century. “The Wolof Empire, ruling parts of modern-day Senegal, The Gambia and Mauritania made Jollof rice popular.”

“Each country has added its spin to the recipe and West Africans engage in humorous banter over who makes the best Jollof. These friendly rivalries, known as the “Jollof Wars,” have become an African cultural phenomenon.” Google writes.

The most competitive countries are Nigerians and Ghanaians. Google elucidates the difference. “Nigerians use long-grain rice that absorbs more spices, while Ghanaians use basmati rice with a more aromatic flavour.”

In 2016, Haneefah won the #TechMeetsArtNG exhibition, sponsored by Samsung Nigeria and Rele Gallery. The competition was a culinary exhibition aimed at exploring the artistic presentation of some of Nigeria’s local meals.

It’s beautiful to see our food being celebrated, and the work of one of queens highlighted on a global platform.

See some of her work below;

This Google doodle made for International Women’s day celebrates the achievements of various women all over the world.

By clicking the play button on the doodle, a multi-layered, a paler mandala animation video comes up created by two females: Julie Wilkinson and Joyanne Horscroft of Makerie Studio and animators Marion Willam and Daphne Abderhalden, according to a news release. 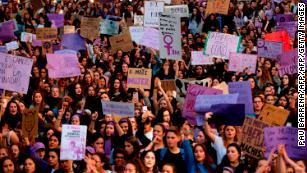 The mandala’s black-and-white inner layer depicts women around the world from the late 1800s to the 1930s. The middle layer reflects women from the 1950s to the 1980s, which Google describes as “a landmark era in the wake of pushes for gender equality and rapid changes to the status quo.”

The outer layer symbolizes women from the 1990s to the modern day, documenting what Google says are the results of progress made over more than 100 years of women’s rights movements.

“It pays tribute to breaking barriers from former cultural and gender roles, as women continue to question, reclaim and redefine ideas about the roles women take on in society,” Google says.

The doodle portrays women, from various such as educators and gymnasts to pilots and homemakers. 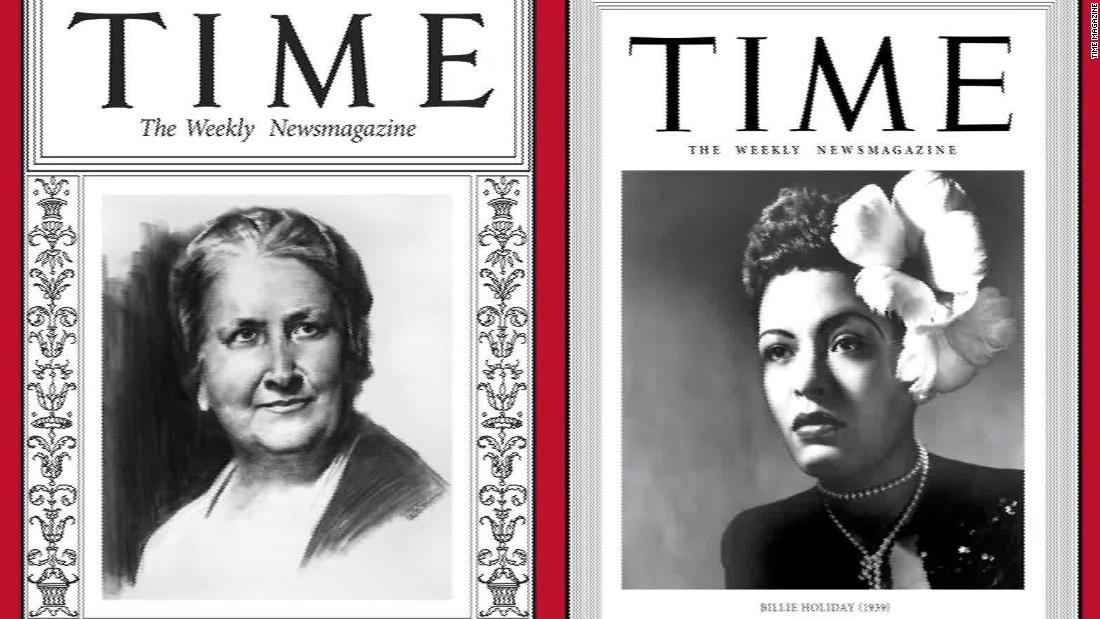 “There was so much thought put into each of the 35 characters and how they were placed within the mandala,” said Abderhalden, who works at DRASTIK GmbH in Zurich, in a Q&A on Google’s site. “Starting from the center, it walks us through different time periods and depicts the issues women were facing in these times. Our biggest takeaway from the artwork is that we were reminded of how women fought and evolved through history so we can live the free life we live today.” 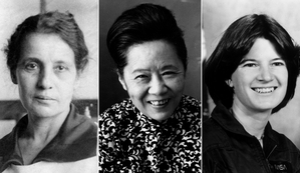 The first International Women’s Day was celebrated by members of the women’s movement in Russia on March 8, 1913, to peacefully protest World War I.

International Women’s Day is given a theme every year by the United Nations — with this year been “I am Generation Equality: Realizing Women’s Rights,” which focuses on equality and human rights for all women and girls. 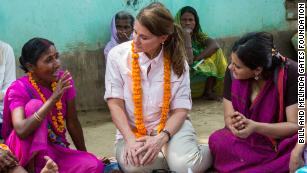 “Without these women, the world would look much different,” Abderhalden said.

Late Dr Adadevoh was a Nigerian Medical Doctor. She bravely curbed a wider spread of the Ebola Virus in Nigeria by placing the Ebola patient, Patrick Sawyer, in quarantine despite pressures from the Liberian Government. She is known for preventing the Nigerian index case from leaving the hospital at the time of diagnosis, thereby playing a key role in curbing the spread of the virus in Nigeria.

On 4 August 2014, it was confirmed that she had tested positive for Ebola virus disease and was being treated. Adadevoh died in the afternoon of 19 August 2014. She was survived by her husband Afolabi, and son Bankole, among other relatives.

Today’s Doodle celebrates Dr. Ameyo Stella Adadevoh, the physician whose expertise and heroic efforts curbed the spread of Ebola in Nigeria in 2014.

Born in Lagos, Nigeria on this day in 1956, Dr. Adadevoh descended from a long line of respected scientists and statesmen. Dr. Adadevoh completed her residency at Lagos University Teaching Hospital West African College of Physicians and Surgeons credential before doing a fellowship in London. Following her fellowship in endocrinology at Hammersmith Hospital, she returned to Lagos, Nigeria where she spent 21 years at the First Consultants Medical Center and served as the Lead Consultant Physician and Endocrinologist.

In July 2014 a Liberian-American attorney arrived in Lagos on a flight from Monrovia heading to a conference on economic development and collapsed in the airport. The patient was taken to First Consultant Medical Center, where one of Dr. Adadevoh’s colleagues first diagnosed him as suffering from malaria. Although no Nigerian doctor had seen a case of Ebola before, Dr. Adadevoh suspected the patient might have been exposed to the highly contagious virus and subsequently ordered blood tests to confirm while also alerting Nigerian health officials.

While awaiting test results, Dr. Adadevoh was pressured by Liberian government officials to let the patient go so he could attend the conference as planned. Despite threats of lawsuits, Dr. Adadevoh stood firm, stating that she would not release the patient “for the greater public good.”

The test results came back positive for the Ebola virus and while the patient could not be treated in time, Dr. Adadevoh’s medical insight and the courage of her convictions ensured that other exposed patients could be treated rapidly and that the outbreak was contained. Unfortunately, in treating the initial patients, Dr. Adedevoh contracted the virus and passed away, along with three of her colleagues at the medical center.

Her legacy lives on through DRASA (Dr. Ameyo Stella Adadevoh) Health Trust, a nonprofit organization devoted to public health that works with communities and health workers to reduce the spread of infectious diseases and ensure that Nigeria is well prepared for future outbreaks.