Eva Mendes just gave fans another rare glimpse into her home life, telling the world that gender roles don’t exist in her and Ryan Gosling’s household.

In a recent and rare interview with Forbes, Mendes talked about how her partner Gosling of the household, admitting she’s “not an amazing cook.” However, she sees this dynamic as a valuable lesson for their daughters Esmerelda and Amada.

The 2 Fast 2 Furious star added, “It’s a team effort every day, so if they see him and I switching off doing certain things that again aren’t specific to stereotypical gender things, I think that just creates balance and harmony.” 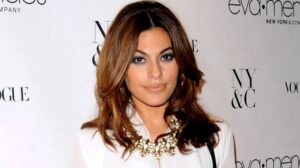 Many stars have been raising their children in a gender-fluid household, teaching their growing kids that they don’t need to be limited by gender roles if they don’t want to be.

Mendes and Gosling originally met while co starring in the film The Place Beyond the Pines, dating soon after in 2011. They share two daughters together named Esmerelda, 7,  and Amada, 6.

After giving birth to them, she decided to take a step back from acting to focus on her little family. She addressed it in response to an Instagram comment, saying, “As a mother now, there are many roles I won’t do. There are many subject matters that I don’t want to be involved with, so it limits my choices and I’m fine with that. I have to set an example for my girls now.”