A woman born with two wombs, two cervix and two vaginas has defied the odds to welcome a miracle baby after being told she had a 90% chance of miscarrying.

Eleanor Rowe, 36, discovered she had a rare congenital abnormality that only one in a million women have by accident in 2013. In her early 30s, still single, she decided to freeze her eggs. She went to a London clinic for two harvesting cycles. At the clinic, the sonographer mistakenly thought she had come in for IVF treatment, so a 3D scan of her womb was carried out and it showed an abnormality which led staff to believe she may have two wombs.

She was referred to Princess Alexandra Hospital where an investigative operation revealed she also had two cervix and two vaginas. The condition, known as uterus didelphys, is a rare congenital abnormality that developed when she was a fetus.

“When I was first told about it I was just really confused. I thought how could I have gone through life and not know? When I would go for smear tests, nothing was picked up. It was just by chance that it was picked up.”

In 2015, doctors removed the wall that divided the vaginas, leaving her with two cervix and wombs. but said she would be unlikely to carry children.

“They said getting a baby to full termination would be a process and that every time I would get pregnant it would help to stretch out the womb. I was also told that there was a 90 per cent chance I would miscarry. That was horrific to hear.”

But Eleanor defied the odds when three years later, she married technology consultant Chris and they got pregnant after trying everything to raise their chances. 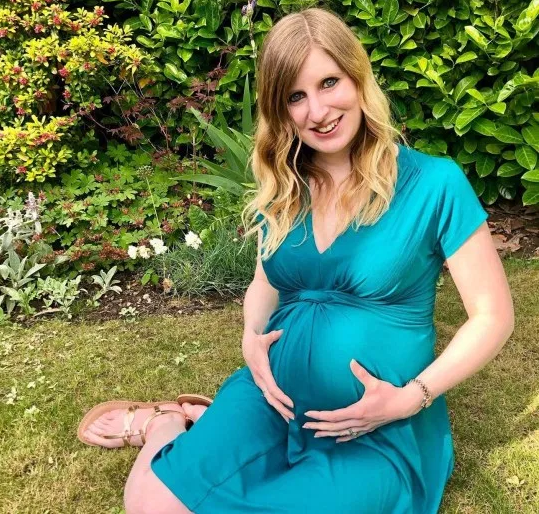 “We were also told Japanese black beans were good for fertility. So I was eating them like there was no tomorrow. I tried to revamp my diet too by cutting out processed foods and even changed what cosmetic products I used.”

According to Metro UK, two months after the ceremony, Eleanor fell pregnant in her right and weaker womb. The fetus was attached to the thin dividing wall and she suffered a miscarriage in the first trimester. The baby hadn’t miscarried naturally though, and Eleanor was forced to spend eight hours “giving birth” in the hospital as doctors were reluctant to operate on someone with anatomy like her’s.

“Even though I had been warned about the difficulties I would face it was still devastating. But this was the first time it had really hit home and it was a reality. My baby had died but my body hadn’t naturally miscarried.”

When the couple attended a funeral service for their miscarried child, Eleanor discovered she was pregnant again.

Her pregnancy was “high risk” and at 24 weeks, she discovered she had also contracted obstetric cholestasis, a serious liver disorder which can result in stillbirth. But Eleanor beat the odds and gave birth to Imogen Rose via C-section on July 9 2019.

The new mother says she wants to use her story to encourage other women who are struggling to have babies.

Chioma Nnadi Is The New Editor Of Vogue.Com