The global health industry has for long drawn 78% of its samples from Europe and only 2% from Africa, an imbalance that may have resulted in treatments that do not work on non-European populations. This Nigerain startup is changing the status quo. 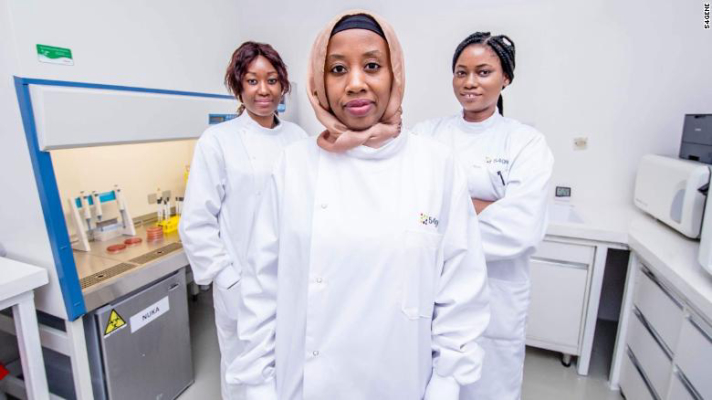 Scientific research and studies have consistently shown that there is greater genetic diversity in Africa than in any other continent, a Nigerian startup is revolutionalizing the study of African genomes.

In 2006, US scientists published a landmark study that linked lower levels of a gene known as PCSK9 to lower rates of heart disease.

Researchers then sought to test the thesis by identifying subjects with a rare mutation that resulted in even lower levels of PSCK9. Just two were discovered, including a young woman living in South Africa.

The discovery allowed drug manufacturers to produce what became Praluent, the first FDA-approved cholesterol-lowering drug of the 21st Century, which would be prescribed to guard against strokes, heart attacks, and other deadly conditions.

The location of the South African subject was not by chance.

The variations exhibited in African genes have the potential to reveal insights that enable the development of treatments for health conditions that affect Africans and non-Africans alike.

But scientists say African DNA is being largely excluded from the field of genomics, the study of full gene sets.

Pharmaceutical drugs that are produced are mostly drawn from samples of the European population, thus resulting in the production of treatments that do not work for the non-European population. Research published earlier this year showed just 2% of samples used in genome-wide association studies came from Africans, while 78% came from Europeans.

Calculations developed based on evidence from primarily European populations may not apply to people of other ethnic backgrounds,” the authors of the study wrote.

“The lack of ethnic diversity in human genomic studies means that our ability to translate genetic research into clinical practice or public health policy may be dangerously incomplete, or worse, mistaken.”

The study authors called for the creation of ethnically-diverse biobanks to address the imbalance.

Nigerian health tech startup 54gene has taken a lead on addressing the problem at hand. Industry experts have described it as “the world’s first pan-African biobank,” inspired by a mission to address some of the continent’s most serious health challenges.

54gene was launched earlier this year in Lagos. Co-founders included Abasi Ene-Obong, a veteran of US pharma companies with a Ph.D. in cancer biology, and Francis Osifo, a technology entrepreneur whose clients have included Visa and Microsoft.

The company has been drawing back diaspora Nigerians who have had experience working for global institutions such as Cancer Research UK and the World Bank.

The team began with a pilot project in three Nigerian hospitals, securing the necessary regulatory and ethical permissions to allow doctors to obtain an initial 6,000 blood and tissue samples.

The project has scaled up since then. Osifo says there are now partnerships with 17 hospitals and the target is to secure 40,000 samples by the end of this year, rising to 200,000 in 2020.

54gene supplies the genetic material to pharma companies and academic and clinical researchers to facilitate the development of healthcare solutions. Core targets for treatment include cancer, cardiovascular disease, and neurodegenerative disease.

54gene and their new partners at Google talk about creating “ecosystems” in African markets – a virtuous circle with mutually supportive ties between investors, entrepreneurs, and state institutions that leads to improvements in education, employment, and patient outcomes.

The study of African genomics remains under-explored but is rich with promise.

Nadia Murad: The Nobel Peace Prize Winner Who Set Up Fund For Survivors Of Wartime Rape