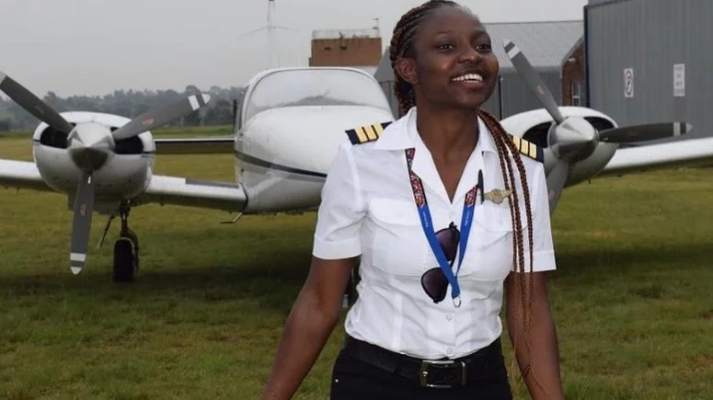 You are never too young to make your dreams come true. Audrey Maame Esi Swatson, Ghana’s youngest female commercial pilot, knows this all too well. At 22, she’s already making waves.

Born in 1997 in Saltpond, Ghana, she speaks fluent Twi, Fanti, and English. She had her basic education at the University of Ghana Basic school and her senior high education at the Ghana Christian International High School (Dodowa) where she studied General Science. After completing high school at age 18, she got admission at Mach1 Aviation Academy in Johannesburg, South Africa.

She told Ghana Web, “In the beginning, it was just saying something big close to being a doctor or a lawyer. I was nine years old and in class four, and there is this frequent question society would always want to know what you want to be in the future, and then I just had to say a pilot. And then again, in the beginning, I was really quiet. So I thought for a pilot you have to be in the cockpit and probably the passengers would just be behind you so you keep quiet, but during my flight training, you really talk a lot.

“I also wanted to be different, because when they call doctors in class there were a lot of people that are standing up; lawyers as well. And when I stand in class, they are like wow, and it’s like the wow thing kept me moving.”

“My Work At Media Concern Initiative Has exposed Me To Many Skills”- Dr. Olufemi-Kayode