Meghan Markle, the Duchess of Sussex, has just been awarded the title of Vice-President of The Queen’s Commonwealth Trust. The news was announced by Kensington Palace.

With her husband, Prince Harry as the President and their new baby on the way, the Duchess will highlight the Trust’s partnerships with young people across the Commonwealth, most especially its work supporting women and girls in her new prestigious role.

On #InternationalWomensDay The Duchess of Sussex has become Vice-President of The Queen’s Commonwealth Trust.

The @QueensComTrust, of which The Queen is Patron and The Duke of Sussex is President, exists to champion, fund and connect young leaders around the world #TeamQCT

We are delighted to announce that as of today The Duchess of Sussex will take on the role of Vice-President for The Queen’s Commonwealth Trust.
Please join us is welcoming Her Royal Highness to #TeamQCT@KensingtonRoyal 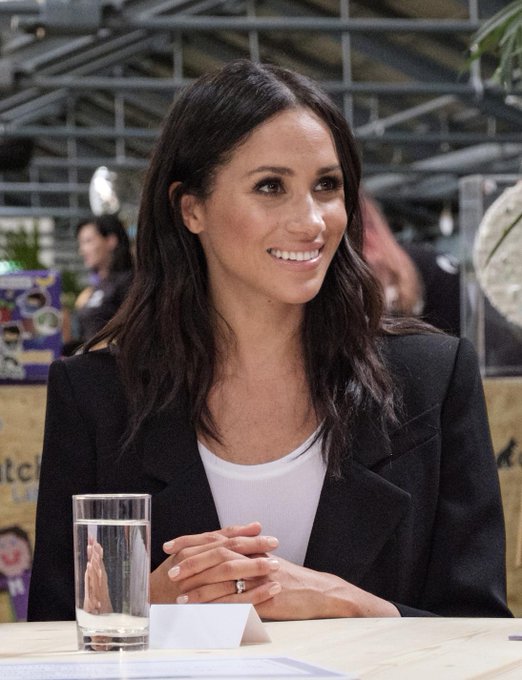 1,229 people are talking about this

“THE QUEEN’S COMMONWEALTH TRUST, WHICH THE QUEEN IS PATRON AND THE DUKE OF SUSSEX IS PRESIDENT, EXISTS TO CHAMPION, FUND AND CONNECT YOUNG LEADERS AROUND THE WORLD.”

“WE ARE PARTICULARLY DELIGHTED THAT THE FIRST OPPORTUNITY OF FORMALLY WORKING TOGETHER WITH HER ROYAL HIGHNESS COMES ON INTERNATIONAL WOMEN’S DAY. THIS SQUARES PERFECTLY WITH OUR FOCUS ON AMPLIFYING THE WORK AND CONTRIBUTION OF THOSE FURTHEST AWAY FROM POWER. WOMEN ACROSS THE COMMONWEALTH AND THE GLOBE OFTEN FACE THE BIGGEST IMPEDIMENTS TO SUCCESS. SO WE ARE DELIGHTED TO HAVE OUR VICE-PRESIDENT’S SUPPORT IN HELPING OTHERS TO OVERCOME THOSE OBSTACLES.”

At the panel, Meghan Markle mentioned that she’d love for her baby to be a feminist.

“I’D SEEN THIS DOCUMENTARY ON NETFLIX ABOUT FEMINISM AND ONE OF THE THINGS THEY SAID DURING PREGNANCY WAS ‘I FEEL THE EMBRYONIC KICKING OF FEMINISM’ I LOVE THAT. SO BOY OR GIRL OR WHATEVER IT IS, WE HOPE THAT THAT’S THE CASE WITH OUR LITTLE BUMP.”

This is not be the first time Meghan Markle will be involved in issues concerning women globally. She has been on this mission since 2014, and has also worked for the United Nations’ Entity for Gender Equality and the Empowerment of Women.

Watch the highlight of the Women’s Day panel: