Japanese women are rebelling against a decades-old Valentine’s Day tradition that mandates them to give chocolates to men.

According to the tradition, on February 14, the nation’s female workers are expected to give “giri choco,” or obligation chocolates, to their male colleagues. Women are also expected to buy heartfelt chocolates, “honmei choco,” for their crushes or loved one.

“Valentine’s Day (in Japan) got turned upside down to become a symbol of the Japanese patriarchy,” said Jeff Kingston, a Japan expert at Temple University in Tokyo. But this year, women are calling time on the financially draining practice.

A recent survey by a Tokyo department store found about 60 per cent of women will instead buy chocolates for themselves on Valentine’s Day. Only 35 per cent planned to offer chocolates to their male colleagues. 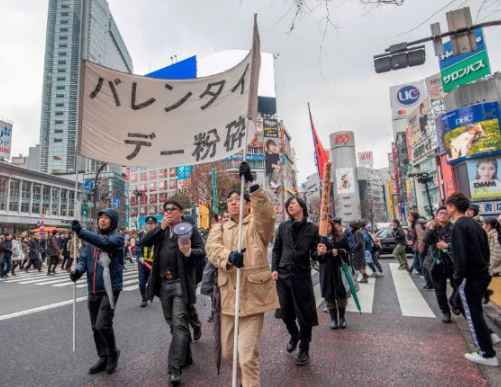 White Day was introduced on March 14 as a date for men to return the favor although Kingston says that women often ended up gifting more chocolates than they received. Both dates turned out to be a boon for the chocolate industry. Valentine’s Day now accounts for a quarter of Japan’s yearly chocolate sales, according to the Nagoya International Center.

“We’re against companies exploiting events like Valentine’s Day to push excessive consumer culture and guilt-trip people who aren’t in relationships,” said Takeshi Akimoto, a member of the tiny fringe group, comprised of nine students and workers. One of the group’s complaints is that Valentine’s Day chocolates in the workplace can make some employees feel that their value is determined by how much confectionery they receive.

Why I Had My Daughter Through Surrogacy- Ini Edo